We have just loaded about a dozen news items from around the world, and I thoroughly enjoyed writing them up for you. It just seems to me that the ‘Integrative’ or ‘Holistic’ message we have banged on about for 9 years is finally getting through, and looks set to be the standard for the majority of people with cancer in the future. I always worried that Britain was going to be left behind, but the news that a Professor from Imperial College’s new College of Medicine spoke to MPs in the House of Commons about the need ‘not to treat patients like lab rats’ and that patients ‘need therapies that help reduce their stress, control their pain, adjust their nutrition, enable them to relax – plus psychological, emotional and spiritual support too’ filled me with a mixture of shock, relief and pride. At last, medical experts in Britain are ‘getting it’.

Then there is new research on multivitamins, red grape polyphenols, curcumin, resveratrol, selenium and melatonin and how they can each help in both prevention and fighting cancer. But then there were other breakthrough stories – an Italian court rules mobile phones are dangerous, aspartame is linked (again) to blood and lymph cancers, and scientists are expressing concern about the increasing use of brachytherapy because there are no Clinical Trials to support it! Well, what a surprise! 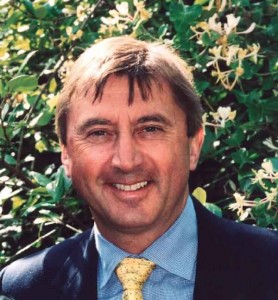 In 2005 there was a study that was largely ignored. I went back to that study to see what it said in the light of a completely new study that shows consuming one fizzy diet drink with aspartame can greatly heighten your risk of these cancers. The two studies are totally consistent – this stuff should be banned.

We told you before about Professor Aggarwal of MD Anderson who basically said that he knew of no cancer where curcumin did not have a positive effect. It seems to work in many ways. We believe everybody with cancer should be taking this common spice. Especially now there is research that shows it actually ‘wakes up’ a tumour suppressor gene to stop the growth of a cancer.

I have also updated the overview on curcumin (turmeric) for you.

Resveratrol helps in chemotherapy and radiotherapy and with breast and prostate cancers amongst others!

A while back, Memorial Sloan-Kettering discovered that natural compound resveratrol could help improve the action of chemo. Now researchers have shown it again with radiotherapy. So much for oncologists not wanting you to use supplements when they are trying to kill your cancer!

The action is all down to two proteins – and these can fight any cancer, but especially prostate cancer. But then, only recently, I told you about research against breast cancer. I have also updated the resveratrol overview on site. Like curcumin, it should be seriously considered for your integrative anti-cancer programme.

Multivitamins – a modest but significant effect against cancer

Only last month I was telling you about new research showing beyond any reasonable doubt that antioxidants helped prevent cancer. Now it’s the turn of the high street multivitamin. I know I doubt their benefits – I just know with natural compounds you can do even better.

There has been a lot of research on selenium with prostate cancer. Most from Germany is quite clear on its benefits. A new study seems to wrap up the argument.Now night shift working and lack of sleep increases prostate risk, in a new research study. But we have told you this for ages. It’s all down to a lack of melatonin, as with women and breast cancer. You can supplement.

Brachytherapy – is there any research that it works?

In America, brachytherapy has found a new use – with women and breast cancer. The uptake has alarmed oncologists who are saying that there is no evidence that it works better than existing treatments and, worse, it has side-effects. But then we have worried about its use with prostate cancer for these reasons too. We were particularly amused to read one UK charity stating that the radiation was perfectly safe. But further down the page warning that small children should not sit on your lap!For those of you who agree with me that if we started to develop a screening test for breast cancer today it would be a simple blood test – right on cue there’s a report on what it might look for – the earliest sign of cancer in the making.

A final ‘Thank you’ from Stephanie and me

Brilliant – the half marathon team got there, running for Catherine, and raising over 5,000 pounds including gift aid. We will use the money to keep the information flowing. Thank you one and all who sponsored them. And thank you for the many kind words you had to say about CANCERactive and me. Very humbling.

‘Everything you need to know to help you beat cancer’, edition 4, was launched 9 days ago. Over the first weekend the team genuinely thought the website was going to crash! At one point Amazon, were selling Issue 3 for 1,450 pounds a copy (yes, one thousand four hundred and fifty pounds sterling!) You can buy this new 420 page (plus index) bible from our distributors for fifteen pounds. It just brings you a kiddies guide to what is important on the 3600 page CANCERactive website, in bite-sized chapters.And, again, I thank you for all your fantastic comments. You obviously couldn’t put the book down – some people had read it and written to me in two days!

It’s a land mark case. An Italian court has ruled that mobile phones can cause tumours and damage health. Of course, it’s one of those cases where Britain doesn’t have to follow the decision in another country, but potentially the floodgates are opening. More claims on their way!

And finally – Britain is starting to go Integrative

Potentially the most important news item, I have left until last. It can surely only be a matter of time before conservative Britain and its oncology departments wake up to realise the rest of the Western world think complementary therapies in areas such as stress management, diet, exercise and so on really can help people survive longer and even prevent a cancer returning. The report by the American Cancer Society I have frequently told you about has now been endorsed by America’s top cancer body – the National Cancer Institute, no less.But in the UK the awakening is starting. Now Imperial College has a new College of Medicine headed by Professor Djamgoz, who when addressing MPs at the House of Commons, talked of patients needing ‘more than just the surgery and the chemotherapy. They need therapies that help reduce their stress, control their pain, adjust their nutrition, enable them to relax – plus psychological, emotional and spiritual support too’. Whatever next? He even talked of better ways of treating cancer – Integratively!!! I could retire, my mission accomplished.